At VyprVPN we believe everyone should have access to a free and open internet, and be able to bypass restrictive censorship imposed by governments. That‘s why our engineers developed a remarkable proprietary VPN protocol called Chameleon™.

The protocol scrambles OpenVPN™ packet metadata to ensure it’s not recognizable via deep packet inspection (DPI), while still keeping it fast and lightweight. Chameleon™ technology uses the unmodified OpenVPN™ 256-bit protocol for the underlying data encryption. The result is that VyprVPN users are able to bypass restrictive networks put in place by governments, corporations and ISPs to achieve an open internet experience without sacrificing the proven security for which OpenVPN™ has long been known. 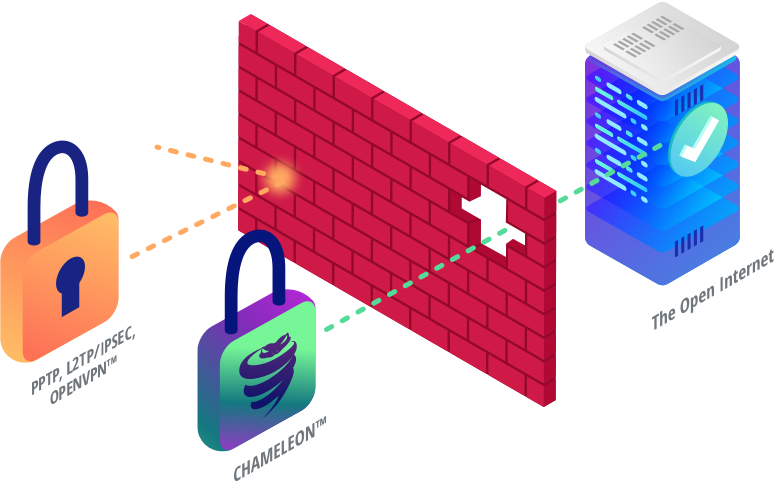 Chameleon™ is proven to help users that live in or travel to countries that place restrictions or blocks on their internet such as China, Russia, India, Turkey, Iran and the Middle East. It is also ideal for users around the world that are experiencing VPN blocking and speed issues related to bandwidth throttling. Experience a truly open and uncensored internet with Chameleon™.

Bypass Censorship Anywhere in the World 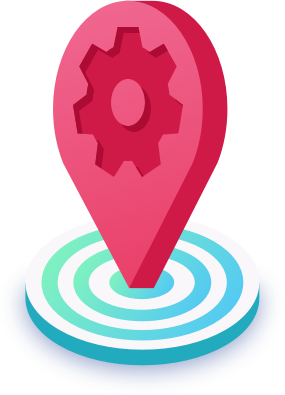 Get Started with Chameleon™

What Users Are Saying About Chameleon™

"Chameleon is currently the only protocol that consistently allows me to connect to the Internet from within China. It is essential the I'm able to access Web resources like Youtube and professional blogs outside of China's restrictive network."

"Chameleon helped me access web resources I needed from my customer's network environment, which otherwise would have been inaccessible until I left for the day. Chameleon saved time and made me more productive."

"Chameleon allows me to have my 256bit encryption that I have VyprVPN for, but also gives me the fantastic speeds that my 320mb broadband gives me. This has improved my browsing ten fold."

VPN blocking is increasing around the world, causing concern for internet users and rights groups alike. VPN protocols are increasingly being inspected, throttled and blocked by governments, corporations and ISPs via deep packet inspection (DPI). China notoriously censors their internet via a mechanism called the Great Firewall. China isn't the only country imposing strict censorship; North Korea, Russia, Iran, Turkey and the Middle East as well as a growing list of other countries routinely use DPI to block internet content and surveil their citizens. China has one of the most censored internet experiences in the world, and since 2012 the country’s filtering mechanism, the Great Firewall of China, has been able to identify and throttle encrypted communication by recognizing packet data on the OpenVPN™ protocol. The Chinese government targets a variety of content, including Google products and social media and video/file sharing sites like Facebook, Twitter, YouTube, Vimeo and Wikileaks. While Chinese citizens and visitors to the country have historically used VPNs to circumvent the firewall and bypass this censorship, it’s becoming increasingly difficult. The government has become very efficient at identifying VPN protocols via DPI, which has led to more sites being blocked and web traffic being throttled.